The News we are most pleased to see is the reported Success our Clients receive from the work we do.  When “Our work speaks for itself", We don’t interrupt!

A MillerCoors exec reveals how it works its brands into Hulu, Netflix, and Amazon shows and why 70% of its product placements are now in digital (TAP)

A bottle of Peroni stands in the foreground of a shot in the Netflix movie, "Murder Mystery." A case of Redd's Apple Ale sits prominently on shelf during a scene of "Marvel's Daredevil." Neon signs with the Miller Lite logo blare in the background of sequences in Hulu's "Castle Rock" and HBO's "Barry."

Molson Coors Beverage Co., distributor of Miller Lite, Coors Light, and more than 40 beverage brands, has used product placement for years to promote its brands as beers that consumers want to "hang out with," Brad Feinberg, VP of media and consumer engagement at Molson Coors, told Business Insider.

Its beers used to appear most often in movies that were released in theaters, from 1998's "The Big Lebowski" all the way to 2019's "Captain Marvel." But, today, most Molson Coors' product placements — roughly 70% — are on streaming platforms like Netflix and Hulu, Feinberg said.

"When we go back to what we're trying to do, it's the places where we cannot advertise," Feinberg said. "We're looking at getting inside the content to become more meaningful with consumers in places that are likely ad-free or in an environment where consumers are avoiding advertising."

Media research firm PQ Media projected last year that advertisers would spend more than $10 billion on product placement deals globally in 2018, up 14% from the year before. Two-thirds of that spending was forecasted to be on TV, which includes live TV and over-the-top platforms, like streaming services.

As Molson Coors strikes more product placement deals with digital platforms, it has pushed streaming services like Hulu to evolve how they do deals.

For example, Molson Coors and agency partner Connect approached Hulu about product placement deals that span more than one original series. As a result, Molson Coors this year became the first advertiser to have its brands appear in multiple Hulu originals including "Ramy," "Into the Dark," "The Act," and "4 Weddings and a Funeral." The deal also made Molson Coors the exclusive brewer of those series.

Once the deal was signed, Miller Coors gave Hulu a rundown of its brands and Hulu shared upcoming shows that those brands might fit into. 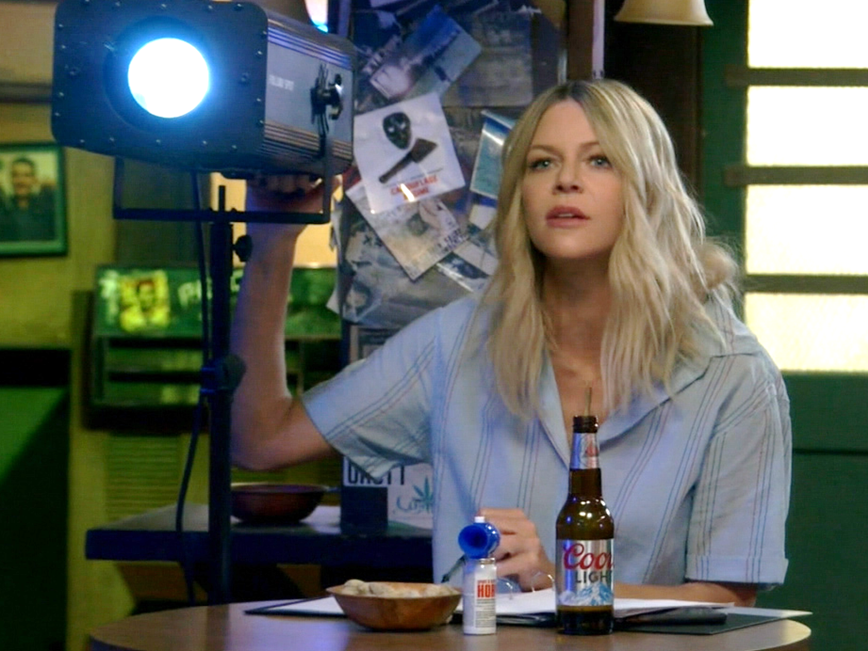 "We took a page out of what we were doing from a linear TV standpoint," Feinberg said. "We traditionally had been doing deals with networks, such as FX and Turner historically, or had like audiences that we're trying to go after and shows and programs and content that we felt resonated with our consumers... And so we said, 'Why can't we do that type of deal within the digital space or within that over-the-top content, like a Hulu?' And we went out and pursued that. And they were very open to it."

Feinberg said the Hulu deal opened doors to opportunities with other services, but declined to say which ones it's in discussions with.

In these kinds of deals, the product placements are part of a media buy that includes commercials or other types of ads on the platform, Feinberg said.

The brewer also has product placement deals in shows on Netflix and Amazon Prime Video and premium networks like HBO that do not carry traditional advertising. Its brands have appeared in HBO shows including "Barry," "Big Little Lies" and "Veep;" Netflix shows like "The Punisher," "Daredevil," and "Maniac; and Amazon series such as "Homecoming" and "Jack Ryan."

Most of those deals are handled by Molson Coors' entertainment marketing agency, AIM Productions, which has relationships with set designers and creators. Productions pitch AIM when they need a beer for an actor to drink in a scene, for example, or tap handles to fill out a bar set.

"Using media investments as a way in offers a ton of opportunity," Feinberg said. "But we see a ton of opportunities from Netflix and from some of the other non-ad-supported environments, like in HBO, as an example, where we're getting just as much product placements into those shows as we are on the ad-supported side."

Feinberg said there are so many opportunities for product placements that Molson Coors turns a lot of deals down when the show or scene is not the right fit. It has said no to scenes that featured under-age drinking, for instance.

"We do not spend a lot of money necessarily on just the right to put product in a show," he said. "It's less of an investment conversation versus where we're focusing our energy conversation. We're spending more of our energy and more of our time looking for opportunities that get us into the content."

Molson Coors is one of the world's largest advertisers, according to Advertising Age, spending $312 million on paid media in 2018 and $143 million in the first six months of 2019, according to media research and measurement firm Kantar Media.